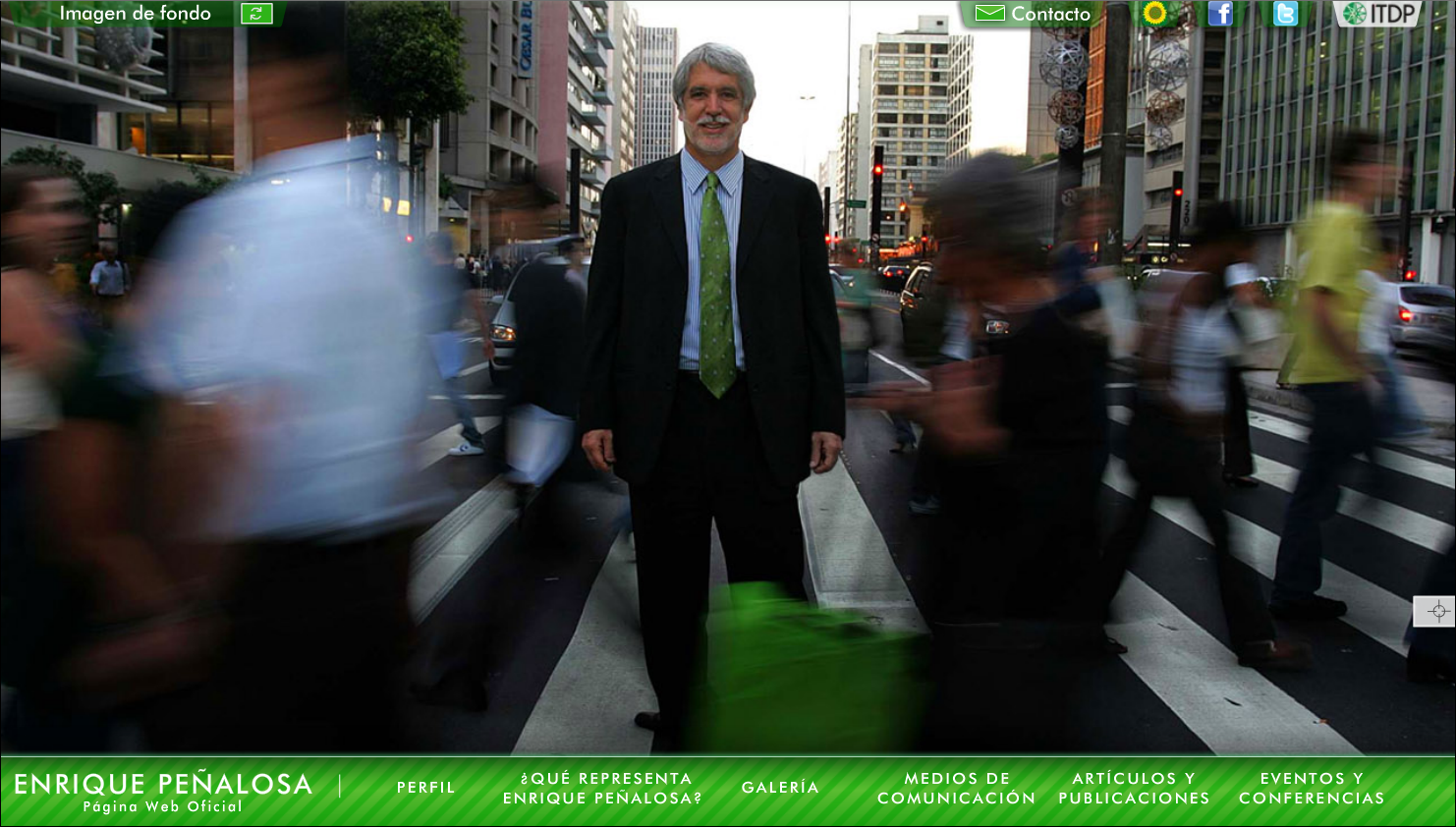 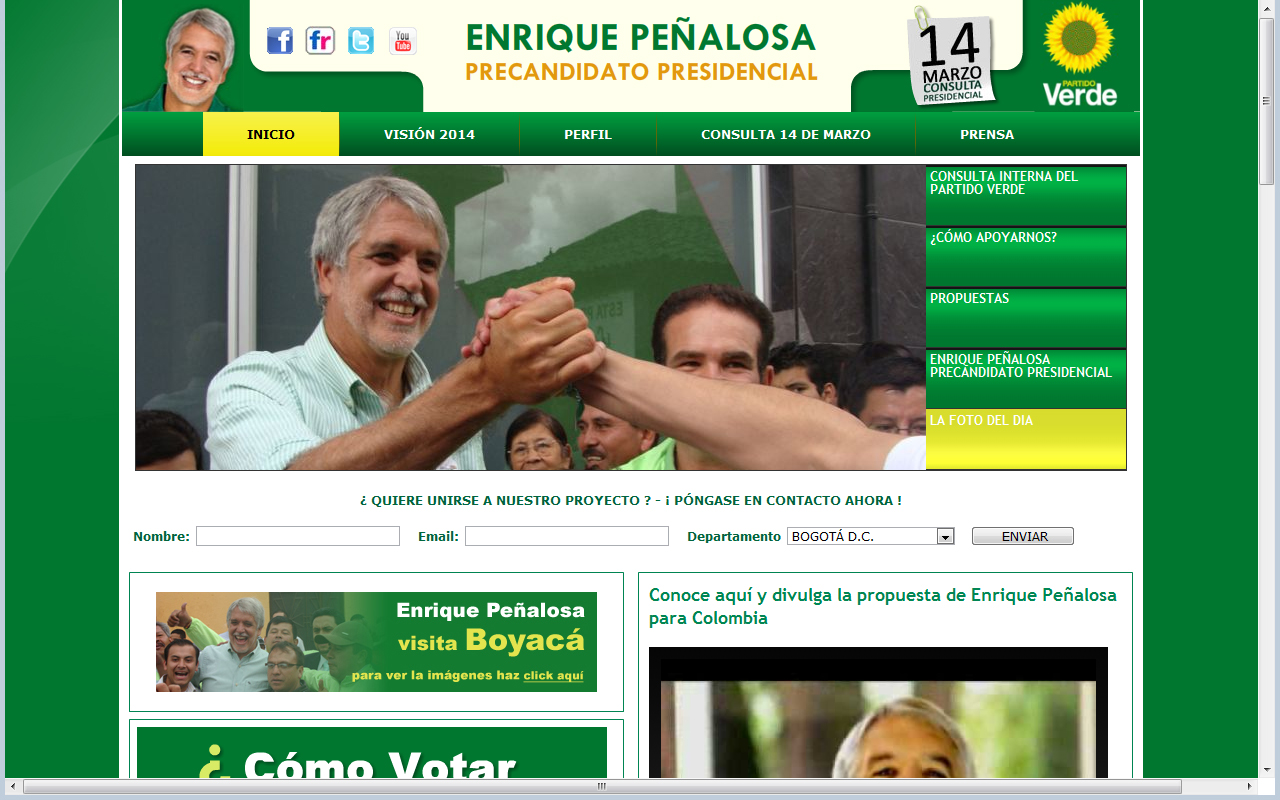 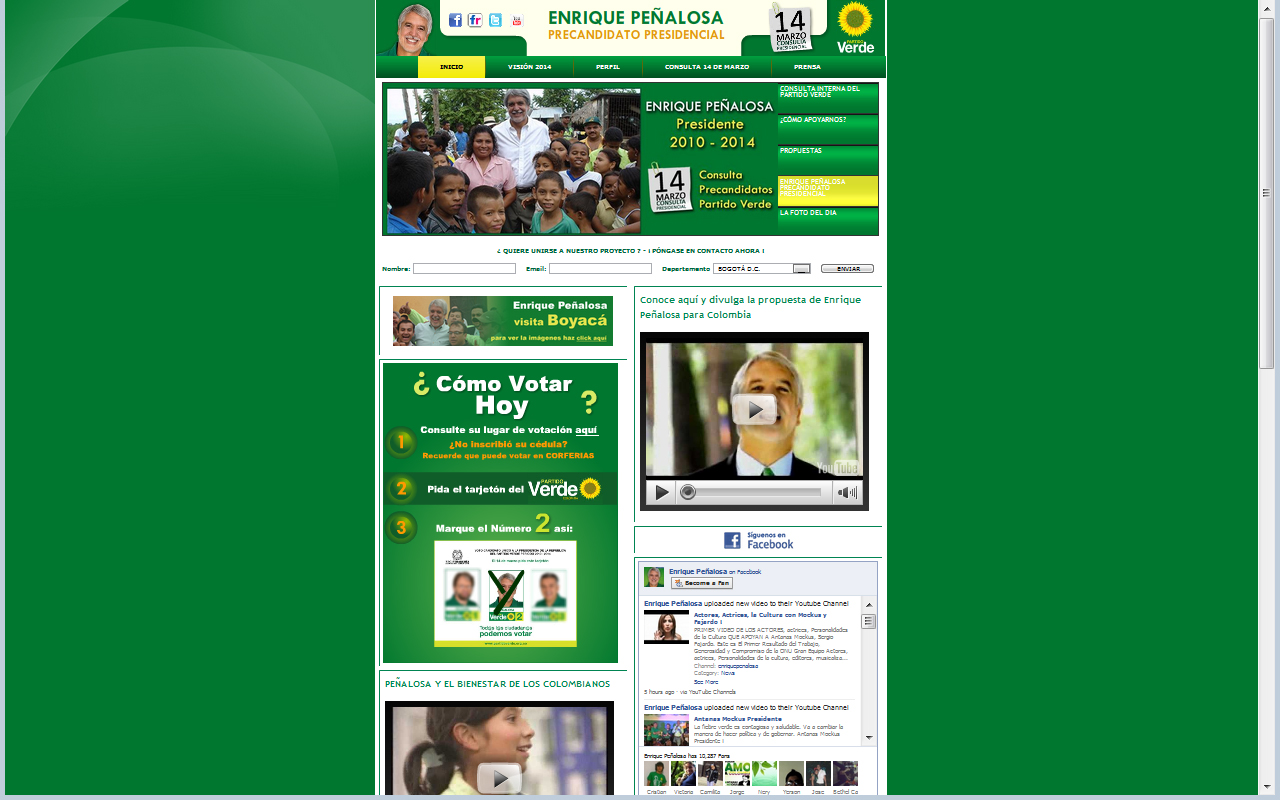 “Partido Verde” is a new party option that brings a fresh air into Colombian politics, which starts on the premise of having a wider civic involvement without the handouts, and influences of traditional politics; with a transparent and pure style, based completely on opinion and sustainability in the economic, social, political and environmental programs.

• Development of online media strategies which included the projection of the candidate’s public image as a presidential nominee for the party in different social networks such as Twitter, Facebook, youtube and Flickr along with the design, development and administration of his website.